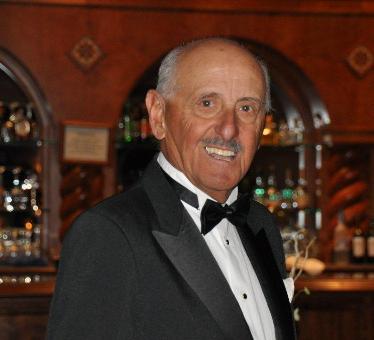 To a New York native the concept of summertime in California was full of images of backyards and outdoor barbeques, enjoying the sun like no where else in the nation.  To Joe Secard, this connotation was especially important.  Born and raised in Utica, New York, he and his wife Mary Ann moved to California seeking this utopia shortly after they wed in 1955.  The two eventually bought a home in La Puente and in 1958 Joe decided to fully embrace his new place of residence and purchased a Doughboy pool.  Shortly after, a neighbor of his with small children voiced his intentions to do the same, and thus an idea was born. Joe found a wholesale dealer in downtown Los Angeles and purchased a brand new Doughboy.  Bringing it home to his neighbor, he was able to sell it and make a $35 profit.  Though when he bought his original pool he had no intention of selling, Mr. Secard saw a need in the market and an opportunity that could not be passed up.  Word began to spread through his neighborhood and soon others wanted to purchase this new luxury from Joe. For the next two summers Joe bought and sold wholesale Doughboy pools out of his backyard.  As his demand grew larger, he decided to run a classified ad for a never used pool still in the box.  The response was so great he began to be able to buy in bulk. Throughout this period, Joe had been working as a machinist to make a living.  In the summer of 1960 he took a two-week vacation from his job to allow his sole focus to be on the pools.  He was so overwhelmed by the response and success during these weeks that he told his boss he could not go back to his job. Now fully committed to the pool business, Joe spent the remainder of the year researching, collecting data, and looking for a location for his first store. In 1961 he found the right one and the very first Secard Pools retail store was opened in Pico Rivera. By 1963 there was a definite demand to open more stores.  At this time, Joe’s four siblings were still living in New York.  Capitalizing on his chance, he moved all four of them out to California, along with his mother and father, and put them to work in four new stores. At this time, the stores were only open April through August, as people were only buying pools during the hot summer months.  Brainstorming how to allow the stores to stay open year-round, Joe came up with the idea to sell billiard tables.  He implemented this and since 1964 the stores have been open all twelve months. As the company grew and developed, Secard Pools was able to branch out and differentiate the products sold.  The Islander pool was developed and they began physically digging and building pools, rather than just selling above ground models.  Additionally, there became a market for pool accessories and maintenance items, all of which are still sold in Secard stores today. Throughout the years, Joe learned along the way what worked in the business and consequently, what not to do.  Coming from humble beginnings, Joe was not a very educated man, but nonetheless attests his successes to a keen “common sense” – one that has made him infinitely wise.